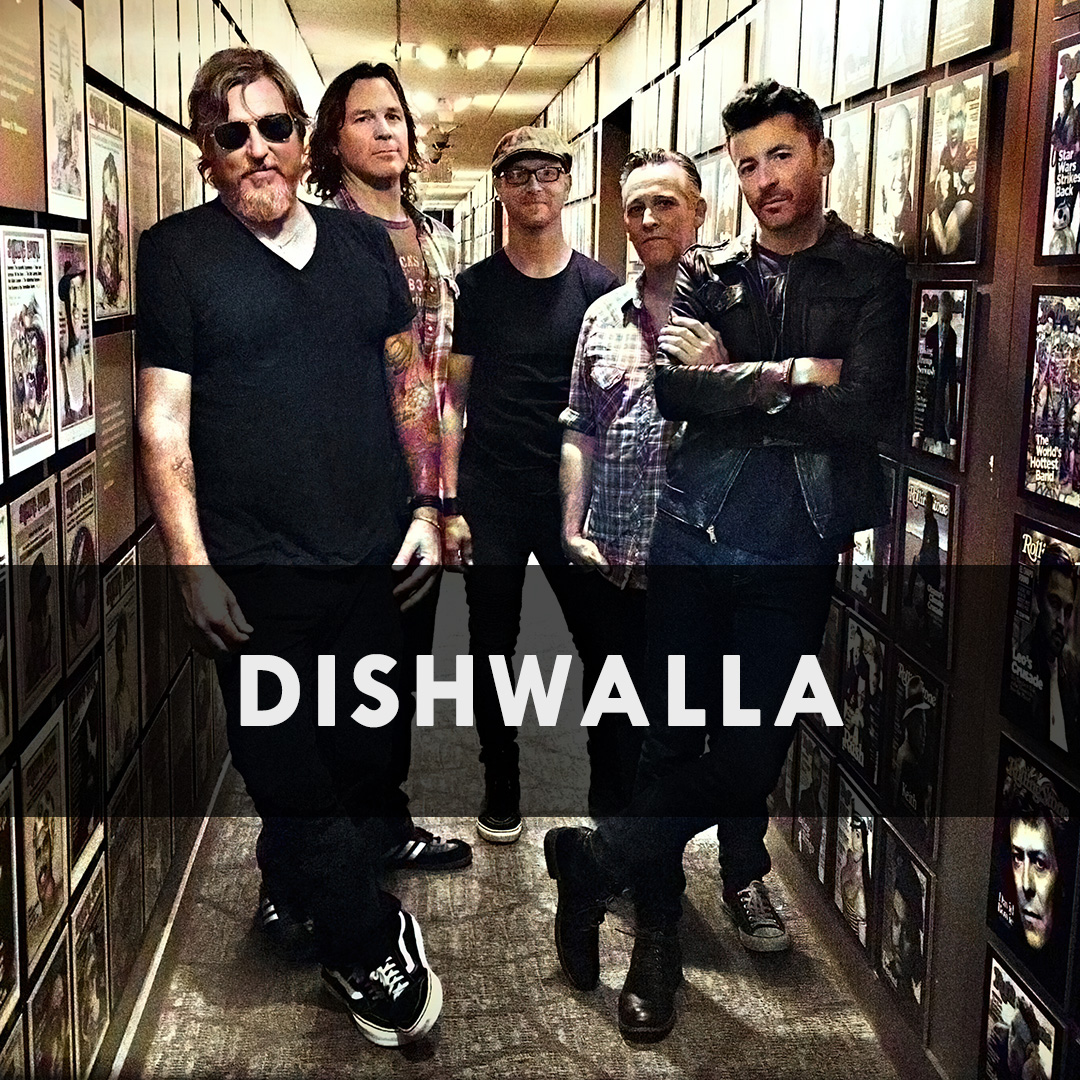 In 1994 Dishwalla signed to A&M Records and immediately began their successful launch into the music scene with a rendition of It’s Going to Take Some Time that was chosen as a single for The Carpenters tribute album, If I Were a Carpenter, a live performance on the Jon Stewart Show, and MTV coverage.

When A&M released Dishwalla’s debut album, Pet Your Friends, it lit up the airwaves in 1996 with their edgy smash-hit single Counting Blue Cars (“Tell Me All Your Thoughts On God“). With a gritty attitude and edgy musicianship reminiscent of past musical legends, Dishwalla’s Alt-Rock sound was enough for music fans to crown Counting Blue Cars one of the most requested songs of that year. The track earned them a Billboard Award for “Best Rock Song” for 1996 as well as two ASCAP Awards for “Rock Track of the Year” in both 1996 and 1997, driving Pet Your Friends to sell more than a million copies worldwide.

Rock royalty, the band shared the stage with the likes of No Doubt, Sheryl Crow, Cheap Trick, Blind Melon, Lenny Kravitz, Gin Blossoms, and the Goo Goo Dolls, including a signature performance at the infamous Woodstock in 1998. Later that same year, the band released its follow-up album, And You Think You Know What Life’s About, and recorded a fresh version of Policy of Truth for Depeche Mode’s tribute disc, For the Masses.

Heavy touring and new releases found the band charting again on Billboard with the release of Opaline (2002), the acclaimed live album, Live…Greetings From The Flow State (2003), and their self-titled Dishwalla in 2005.

Visit the "Dishwalla" Website
Return to the Full Line-up